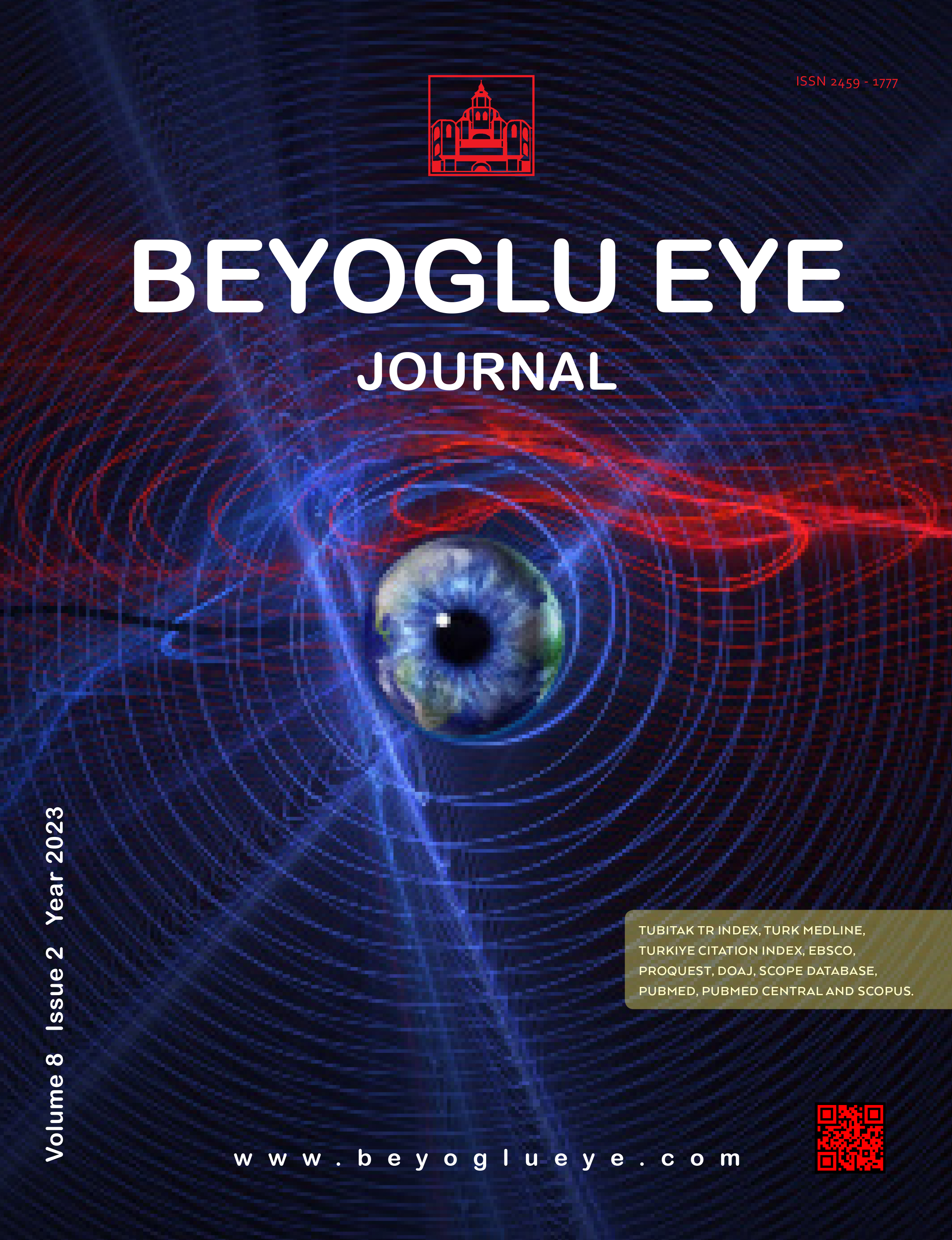 INTRODUCTION: This study was designed to evaluate the effects of corneal collagen cross-linking (CXL) on topographic parameters, visual acuity, and corneal high-order aberrations according to the preoperative cone location in keratoconus.
METHODS: This retrospective study assessed patients with keratoconus who underwent CXL between March 2016 and February 2019. Patients with a history of corneal surgery, corneal hydrops, corneal scar tissue, delayed epithelial healing, and a corneal thickness of <400 μm were excluded. The included eyes were divided into 2 groups according to the preoperative cone location: maximum K in the central 3-mm optical zone (group 1) or the central 3-mm to 5-mm optical zone (group 2). The preoperative and postoperative 24-month, best-corrected visual acuity (BCVA), intraocular pressure, K max, symmetry index front, corneal thickness, and high order aberration findings were recorded.
RESULTS: The study included 67 eyes of 67 patients with keratoconus: 39 in group 1, and 28 in group 2. There were statistically significant differences between the groups in the preoperative BCVA values (p=0.04). There was no significant difference between the preoperative and postoperative mean K max between the 2 groups (p=0.08). The mean difference in corneal thickness between preoperative and postoperative measurements was significantly lower in group 2 than in group 1 (p=0.03). The preoperative and postoperative mean spherical aberration was significantly higher in group 1 than in group 2 (p=0.001 and p=0.005, respectively).
DISCUSSION AND CONCLUSION: The preoperative cone location in keratoconus may affect CXL outcomes. At the end of the second year, CXL was found to have a similar efficacy on visual acuity and keratometry parameters in the central and paracentral cone groups, and the recovery in terms of a spherical aberration among high-order aberrations after CXL in the central cone group was better than that of the paracentral cone group.